During a two day session with Ian Young, we worked through a few repottings that I would have found challenging alone.

The first was a Hinoki Cypress (Chaemecyparis obstusa ‘Nana Gracilis’) styled about a year previous. It originally was a nursery tree with a lot of crossing and looping roots which had been partially unraveled in a previous re-pot. 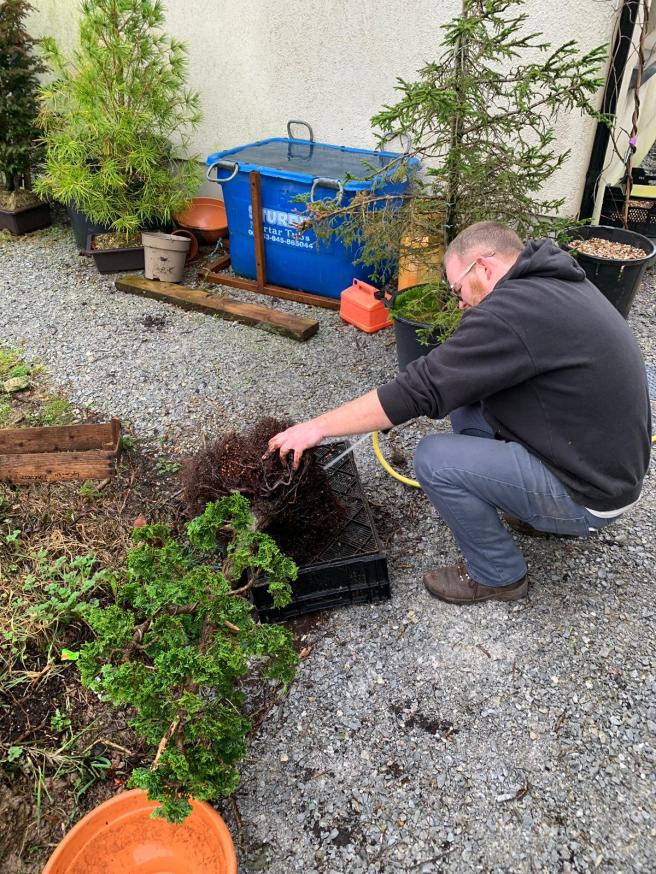 Un-typically for a conifer a hose was used to remove grit, peat and field soil to allow us untangle the roosts.

Many roots were shortened where possible, a few removed but despite reducing the apparent bulk of the root ball we managed to retain a really good contingent of roots.

Due to the success of the root preparation work, we were able to put the tree into a much shallower pot than I would have initially expected.

The finished product (on the day) went into my tunnel for some protection during the remainder of the winter and spring.