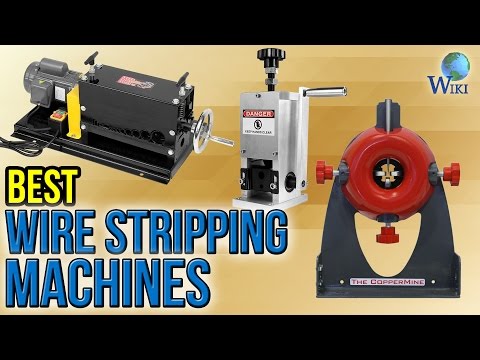 Well the bonsai outlets would say that for obvious reasons, but what if you are a student existing on a pitiful grant. A pensioner whose allowance does not keep pace with inflation or someone having a career change, where finance has to be kept under strict control. Moreover, claiming that wire once used will loose its properties is incorrect as many bonsai enthusiasts regardless of their financial status, use reclaimed wire because it is more cost effective especially if their collection is large.

In the last century (1970 to late 1980s) an abundance of wire (copper/aluminium) was available, reclaimed from old telecommunication systems, industrial electrical wiring complexes, house-hold appliances and many other sources. But with the advancement in technology and the digital age, sources have dwindled, yet there is still sufficient to be had providing one knows where to look for example, scrap yards, recycling plants and from those whom reclaim wire for re-sale.

Reclaiming wire can be an arduous process as the core/s has/have to be stripped from the coating, achieved either by fire or manually. But using fire as a method of removal especially from old Polyvinyl chloride cables, (PVC) harmful quantities of dioxins a group of highly toxic chemicals are emitted, which if inhaled can have serious repercussions to one’s health. Moreover, it is not advisable to do this if ones neighbours are in close proximity and to avoid repercussions, it is far better to do it manually which is safer and relatively easier.

But surely stripping wire is a long tedious process? To the novice it may seem the case however, equipment is available from simple ‘hand’ operated home-made devices to motorised machines, here are a few examples to give you some idea.

Usually a single flexible cylindrical strand of copper or coated aluminium, is formed by drawing the metal through a hole in a die or draw plate and is available in various sizes expressed as gauges. This single solid strand or core consists of one piece of metal that provides mechanical ruggedness and because its surface area is less than multi-core wire, exposure to corrosives and the environment is reduced.

Wire produced via this manufacturing process has what is called ‘shape memory’ and what happens within the material at the nanoscale of atoms and molecules is different from what is occurring on the surface. Therefore, if a piece of wire is bent around a branch the internal crystalline structure is deformed and will remain in its given shape.

Shape memory alloys including copper and aluminium are able to change between two solid crystalline states referred to as ‘austenite’ and ‘martensite’, at low temperatures they are in the form of ‘martensite’ and easy to bend, but when subjected to high temperatures they become ‘austenite’; making the material harder. Therefore, when preparing reclaimed wire for bonsai, the annealing process is needed to change the crystalline structure prompting the object to revert back to its original state.

Copper and aluminium wire have different temperatures that change their crystalline state which has to be controlled to maintain their ‘martensite’ properties for example.

The melting point of copper is 1083 degrees centigrade but, the annealing temperature is between 700 to 800C. Copper is a good heat conductor and as we are only concerned with this metal in wire form, the process of annealing happens once it glows red. The wire is then removed from the heat source and allowed to cool naturally returning to its ‘martensite’ state and is easily bent into a new shape.

“What if we choose to cool the wire quickly, what happens?”

Quenching red hot wire immediately in water, the molecules can retain an ‘austenite’ state making the wire brittle. If the wire is allowed to cool (300 to 400 C) then doused in water it will still retain its malleability, but can be slightly harder. However, much depends on the gauge, thin wire cools quickly as oppose to thick. Therefore, experimentation and using a temperature probe will assist in deciding when to quench the gauge/s you are annealing.

Annealing copper can be achieved several times and as we are only concerned with bonsai wire, rigid control of the process is not mandatory. Nonetheless, constant annealing does have its adverse effect, because the crystalline structure (nanoscale of atoms and molecules) will eventually degrade with oxidation being the most obvious sign.

Aluminium has a melting point of 450 – 560 centigrade although much depends on what additional elements have been added to the alloy to make it harder. Generally speaking, the annealing temperature is between 300 to 350 C for approximately 20 minutes, after which the wire is allowed to cool (approximately 150 C) then immersed in water to retain its ‘martensite’ properties. But as stated before a thinner gauge heats up more quickly than a thicker gauge as does the cooling down.

Moreover, if the temperature of the annealing process is too high, it can cause not only the destruction of the coating applied during original manufacture, but create an ‘austenite’ state making the wire brittle hence, care has to be taken to avoid over heating. Annealing aluminium wire can be done many times, but like copper it will degrade over time.

These will be discussed momentarily, but first a relevant question. “Is the wire straightened before annealing or after?” Bent or kinked wire is difficult to straighten, especially if held in a shaped position for some time exposed to the elements and attempting to straighten it in this cold state, would not be met with much success.

In addition, when wiring bonsai especially large specimens, long lengths (over a metre) are used, which could be problematic because to anneal properly, the heat source has to be large enough to accommodate its entire length. Far better to fold or coil the wire to reduce the length, then anneal and straighten after; which will be discussed shortly.

There are several heat sources for annealing including, an open fire in the back yard/garden, a barbecue, propane gas torch, kiln or small forge and the domestic oven. However, not everyone has the freedom to choose their preferred heat source, because of (a) environmental restrictions and (b) source and the cost.

Apart from an open fire or propane gas as used by many, another option is an old barbecue one with a working temperature gauge attached. A small one coupled with a bag of briquettes or coals is ideal for annealing copper. Stack the wire heaviest gauge on the bottom building up the pile with smaller gauges on the top. Once the required temperature is reached place the stack on the coals, close the lid and wait; periodically checking for the colour red. You will also need a container of water in situ for cooling.

Aluminium having a lower temperature can be annealed in a domestic oven. Pre-heat the oven to its maximum (normally 350 centigrade) then prepare a baking tray by lining it with 2 sheets of aluminium foil to stop any unwanted residue from contaminating it’s surface. With the temperature reached put the tray in the oven for 20 minutes then remove and allow to cool down, after 10 to 15 minutes put the wire in water to quench it.

If one needs to know more regarding the annealing of alloys, there are several sites on the internet providing more information, this article is only an introduction to annealing.

Straightening annealed wire can be achieved by various methods, the easiest form being a cordless drill and piece of wood. To a jig with rollers where the wire is threaded through, to more elaborate expensive machines. (http://subec.se/products/)

Here are a few ‘youtube’ videos where one can see the ease of straightening wire.

As the above information indicates there are several options for straightening wire, the drill and piece of wood being the simplest and cheapest method especially with small gauges. (1 to 2.5mm) But as the gauges increase (3 to 6mm) straightening becomes more difficult due to the tension and force required.

Having given this conundrum considerable thought, the plan at some point is to design and make a simple jig where all gauges (1 to 6mm) can be straightened relatively easy. However, with ‘simplicity’ being the watchword it will have to be cost effective and easy to construct with just a few basic tools. In the meantime a little more research is required. Until next time, BW, N.